Portland, Oregon, August 14, 2015 – Netzari Times Publishing Is Pleased To Announce The Release Of "Exposing Lucifer" By Author Mark Krell, available from Amazon.com in both paperback and Kindle editions through their global channels; paperback only from CreateSpace.com; and other retail outlets in the U.S., Canada, and Europe.

Do you really know who the serpent, lucifer, satan, the devil, nephilim, Jesus, and G-d are? If you are not a student of ancient Hebrew, you might want to seriously rethink what you have been taught.

Author Mark Krell brings you into the light as he exposes each of these characters for who they truly are through the ancient Hebrew culture and Scriptures. You will discover that:

• Lucifer is a flesh and blood character.
• Satan is not an entity but, rather, a roadblock.
• Devils and demons are quite the lunatics.
• The Accuser is a prosecuting attorney.
• And many more characters are revealed for who they truly are. 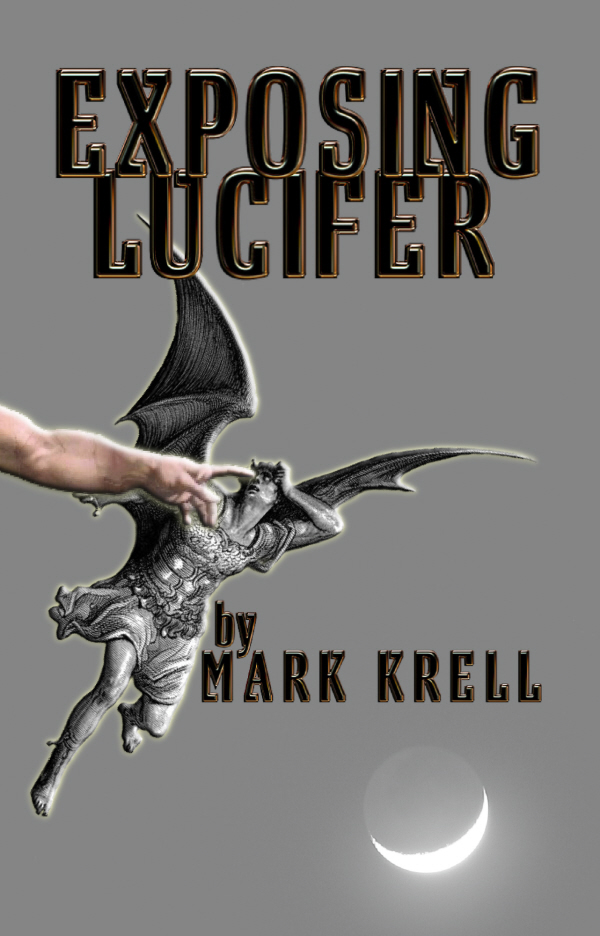 Not satisfied with the clergy's canned answers to his questions about why contemporary Christian teachings do not line up with the Old Testament Scriptures, then 24 year old Mark set off on a path of discovery that would disentangle most of what he had been taught to believe. Through 35 years of research and studies Mark was able to shed Western religious superstitions and develop a deep and abiding faith he had not previously thought possible.

Through his investigations the author discovered that many of the firmly held Western religious beliefs are anchored in ancient mythologies that had been progressively syncretized with the Hebrew/Christian faith throughout the Common Era (CE).

Most people, for example, believe the Serpent, Lucifer, Satan, the Accuser, and the Devil are all one and the same. But most readers will be astonished to discover that they are not the same, as the origins and idioms of these characters are revealed.

Lucifer is a Latin word that means, "Shining One" in English. It is the same exact meaning as its Hebrew counterpart, "helel" found in Isaiah 14:12. But King James chose to leave the Latin Vulgate "Lucifer" untranslated, thereby creating the illusion of a mysterious fallen angel that did not previously exist in the Hebrew, Greek, or Latin teachings. Helel/Lucifer is an idiom that references a physical object in the heavens, but it is not the sun. It is also a remez (a hint) toward a flesh and blood character in the Bible.

The author presents a sight, sound, and touch teaching principle through the presentation of Hebrew words in Chaldean flame letter script, vocalizations, and literal meanings in English. This helps the reader to relate the ancient Hebrew cultural meaning of featured words to a contemporary cultural definition. Seeing the Hebrew letters, pronouncing them, and reading the English definition helps the reader commit the words and concepts to rote memory.

By exposing his readers to some ancient Hebrew customs, Mark explains aspects of the culture, idioms, and poetic patterns behind these early manuscripts. The contemporary American idiom, "Don't bust my chops", the author points out, would be completely lost on ancient and future cultures; not to mention the present day Eastern world where such expressions can be devastatingly offensive . The lack of understanding ancient Hebrew colloquialisms makes it equally impossible for the contemporary Westerner to grasp what the scriptures actually say.

What is presented from the pulpit in contemporary denominations is commonly accepted as infallible. This is a very different mindset than the Borean's who believed it was their duty to question everything Paul and Silas were teaching by searching the Scriptures daily (Acts 17:11). Helping the reader to unravel the infallible mentality and to think outside the status quo box is the underlying thesis of this book. Developing a pattern of questioning and investigating, leads to a deeper knowledge and comprehension of the faith.

NOTE: If you have Pop UP Blocker enabled, the book's web pages may not come up. There are two options: 1) turn off Pop Up Blocker or 2) simply go to amazon.com, or createspace.com and type "exposing lucifer" or the author, "Mark Krell" in the amazon search box. The book will come up at the top of the list. Our apologies to anyone experiencing difficulties with this.

If you do not own a Kindle you can download the FREE Kindle app from the book's Amazon web page – for desktop; laptop; iPhone/iPad; Android/Android Pad.

This book will become a favorite of anyone searching for the truth and the roots of the faith once delivered to the Set-apart Belivers.

Keep Up To Date With NetzariTimes

We have 10 guests and no members online